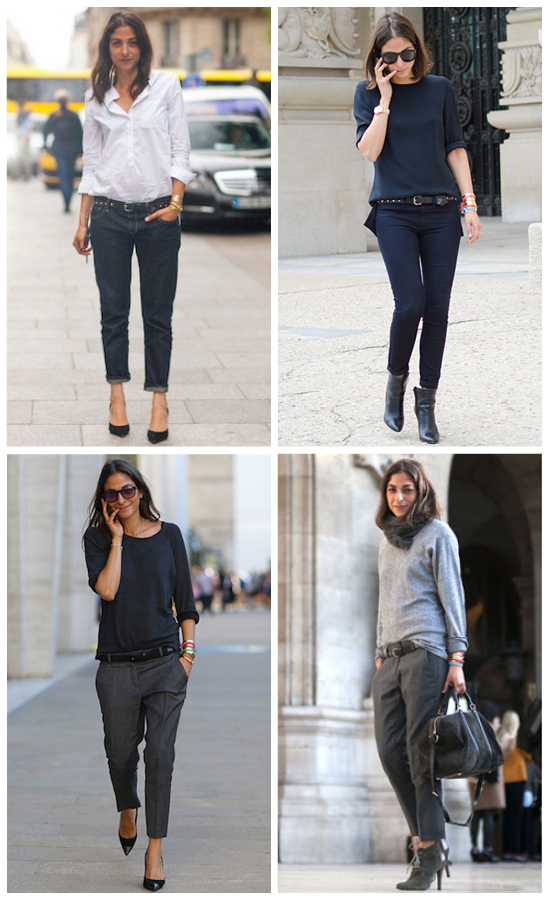 Behold one Capucine Safyurtlu*, my style obsession of the moment and a French fashion editor, because of course she is. Check out how she rotates the same cornerstone pieces into her outfits repeatedly:  the studded belt, the gray trousers, the black top. Google search her and you’ll see the black pumps get quite a workout too.  It can never be said enough: this kind of reliance on fewer, better pieces really is how you create a signature style. *I know, the cigarette. Awful. Let’s  chalk it up to Frenchiness and hope she accessorizes with a nicotine patch some time soon.

Are you flattered or annoyed when a friend buys something you own? 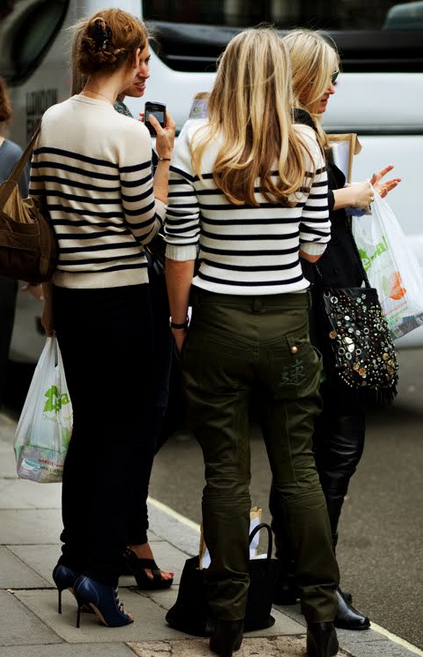 This question comes via Andrea, who called the other morning to ask if it was OK for her to buy the Maria Cornejo spiral skirt she’d admired on me the other day when we hung out.  I told her that of course it was—there is no one I have style-glommed  more over the years than her.  I’ve also never thought imitation was such a big deal—at Lucky we all copied each other endlessly,* but everyone had her own style, so nothing ever looked exactly the same on any two people. Still, I do believe it is polite to ask. How about you? Compliment or nuisance?

*In fact, in the art department there was a very amusing cork board of Polaroids depicting particularly egregious cases of Office Twinsies.

How much is too much to pay for a pair of jeans? 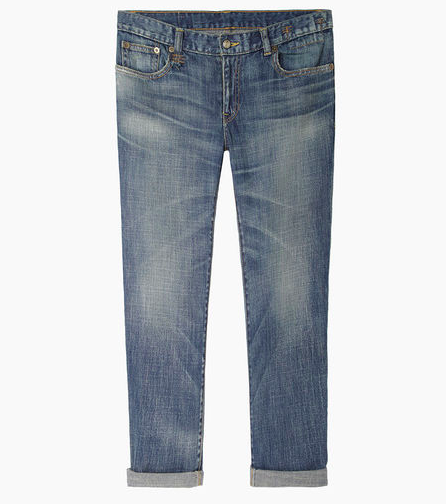 *I will add that I do own a few pairs of Levis Curve ID jeans, which both fit great and do not cost anywhere near too much.